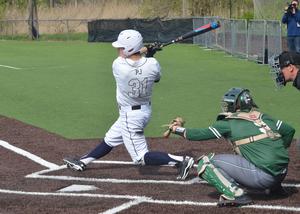 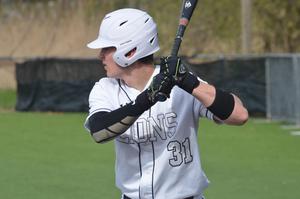 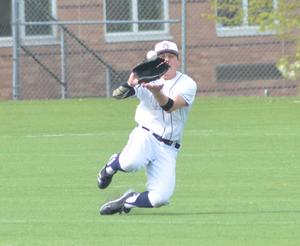 In one day, the rising junior center fielder will get the rare opportunity to represent the U.S. when he plays for the USA Baseball 17U National Team Development Program roster.

“To be able to represent Pope John, New Jersey and our country, which I take great pride in, is going to be amazing,” Bello said in a telephone interview. “To put on a Team USA baseball jersey is going to be really special.”

During the week of July 21-25, Bello and 40 other players from across the country will get to learn from USA Baseball coaches and staff in preparation for future national team experiences. In addition, Bello will get an opportunity to play intrasquad games at two Major League Baseball stadiums, Wrigley Field and Miller Park, and two NCAA Division I colleges, University of Notre Dame and Northwestern University.

Bello, who became Sussex County’s first player to commit to a Southeastern Conference school as a freshman when he committed to Auburn University and became the Lions’ first sophomore to be named to the All-State First Team by NJ.com, earned his spot on the NTDP roster after playing at the National Team Championships in West Palm Beach, Fla.

During that three-day tournament, Bello earned Player of the Day honors after going 2-for-2 with two doubles, a run, two walks, an RBI and a stolen base while helping CBA Texas — a national club team he joined for the event — forge a 9-9 tie against Florida Pokers Underclass Navy.

After the tournament, Bello was picked to attend a special tryout for the NTDP roster. Following a strong outing there, Bello felt he had a shot at making the team.

But when he learned of the news that he was selected, Bello was “ecstatic” to say the least.

“My mom called me at around 8 o’clock in the morning and told me that I made the USA Team,” said Bello, who is the only New Jersey player on the roster. “It was just so surreal because this team is made up of 41 of the best players in the nation. It was crazy.”

Bello’s father and Pope John head coach Vin Bello was incredibly proud of his son’s selection to the team.

Bello’s selection comes a little over a month after putting together an electrifying sophomore campaign for the Lions.

Bello, who has batted .471 for his career and has 74 career hits, believes playing against the best teams in the state with the Lions and the top teams in the country with his club team, the 9ers Baseball Club, has prepared him for the NTDP experience.

“These things have helped me a lot,” Bello said. “Playing against guys like Leiter and the big-named players from Jersey in the spring and facing the best in the U.S. during the summer has allowed me to develop as a player.”

However, Bello is looking forward to the experience with NTDP roster, especially working with one of his future coaches at Auburn in pitching coach Steve Smith, who is the pitching coordinator for the NTDP roster. In addition, he is excited to get the chance to play at Wrigley Field, the home of the Chicago Cubs, and Miller Park, the home of the Milwaukee Brewers.

“I’ve never been to those ballparks,” Bello said. “But, putting on the USA Baseball jersey, stepping onto the field for the National Anthem with my hat over my heart and standing in the same batter’s box at Wrigley as Babe Ruth did and play where some of the game’s best players have played is going to be some of the best moments of my life.

“I just want to do the best I can and learn as much as possible while I am out there.”