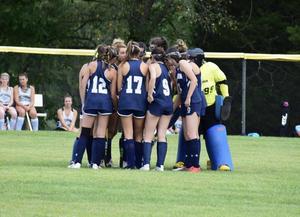 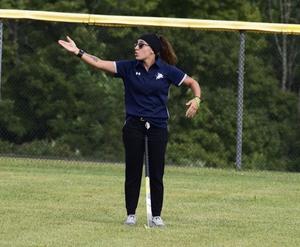 The Lions will take the field against Roxbury under the direction of a fiery new head coach.

Today at 4 p.m., the Pope John XXIII Regional High School field hockey team will take the field for first time this season against Roxbury under the direction of a fiery new head coach.

“It’s very humbling,” Ambrosino said. “The thing that excites me the most about this job is that even though Pope John is not my alma mater, I get to coach girls who live where I grew up and played. I can’t wait to get started at such a prestigious school.”

Ambrosino will bring a ton of winning experience and passion to the Lions.

In her senior season, Ambrosino transferred to Kittatinny, where she helped the Cougars advance to the North 1, Group 1 final while leading the county in scoring for a second straight year by tallying 54 points on 21 goals and 12 assists.

After graduating from Kittatinny in 2014, Ambrosino played at Montclair State for three years before suffering a career-ending injury as a senior. In her three years of action, Ambrosino played in 58 games — starting in 36 of them — as a forward and midfielder while helping the Red Hawks go 47-15 and play in the NCAA Division III Tournament in 2016 and 2017.

Ambrosino said she is looking forward to the challenge of trying to turn around the Lions’ program. She said she will lean on her experiences as a player and from the lessons she learned from coaches she played under, such as former High Point head coach Bev Keur, former Kittatinny head coach Emily Murray and Montclair State head coach Eileen O’Reilly.

“They are a lovely group of girls who are dedicated,” Ambrosino said. “When I was growing up, I found that love and passion for field hockey at such a young age. It gave me a fire to not allow anyone to be better than me and to be the best I can be in everything I did. It took me far throughout my playing career and I want that same thing for these girls. I want to instill life lessons that my coaches taught me so they can not only be great student-athletes, but also great young women.”

The Lions are looking forward to playing under Ambrosino and get the program back to being successful. The Lions have a young roster this year, but are up for the challenge.

“We’re really excited,” Pope John senior defender Erin Befumo said. “Coach Ambrosino is such a good coach. She is so young and she relates to us. We have a lot of young girls on the team. But as long as we work hard and stick with it, we can do well now and in the future.”