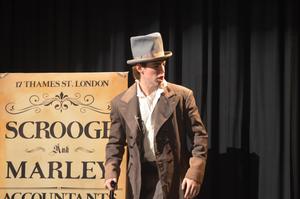 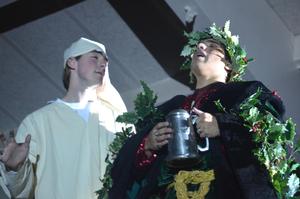 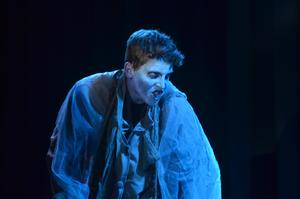 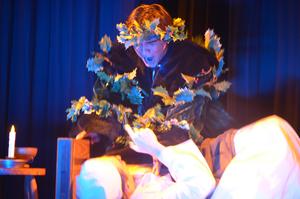 After arguably the greatest year in its history, the theater group is ready to take on the challenge of setting an even higher standard when it kicks off its season and presents this timeless classic on Friday and Saturday.


SPARTA — Every year, the Pope John Players’ goal is to raise the bar for the program and for theater at Pope John XXIII Regional High School.

For a program that is coming off arguably the greatest year in its illustrious history last year, this standard of excellence is now at an all-time high.

While many will wonder if they can repeat any of these successes, such as earning the highest adjudication possible at New Jersey State Teen Arts Festival and performing at the “Best of Fest” at the 51st Student Theater Festival at the prestigious Bucks County Playhouse in New Hope, Pa., the Pope John Players are ready to take on this challenge when they kick off their season this weekend while presenting “A Christmas Carol” at Pope John XXIII Regional High School.

“Coming off last year and all the success we had, we set the pedestal so high,” Pope John senior Hunter Gallo said. “Despite graduating all of the amazing seniors we had last year, I feel they have passed the torch down to incredibly capable people in this cast to keep up this great tradition. ‘A Christmas Carol’ is going to be a great opportunity for us to flex our acting muscles and show that we truly are just as good as they were.”

Last year, the Pope John Players racked up tons of awards and honors while putting on two extremely difficult shows in “Newsies: The Musical” and “The Phantom of the Opera”.

For its production of “Newsies: The Musical”, the Pope John Players earned the highest adjudication possible for “Large Theater” at New Jersey State Teen Arts Festival; earned the “Large Theater” selection at Sussex County Teen Arts; earned the opportunity to perform at the “Best of Fest” at the 51st Student Theater Festival at the prestigious Bucks County Playhouse; and 2019 graduate Chase Nugnes was nominated for outstanding male vocal performance at NJ State Teen Arts.

While all of these accomplishments were outstanding, the 2019-20 Pope John Players want to put their own stamp on the program.

“For the last few years, we’ve had this same challenge, but we always find ways to do it and leave our own mark,” Pope John senior Brandon Karolchyk said. “The program continues to grow. Our cast is the largest it has ever been. This play is going to show that we can do it again.”

“We definitely had a great executive staff last year, but we want to add some new ideas so that we can make this show and our season successful in our own way,” added Pope John senior Haley Oroho.

“It is every senior’s goal to make an impact and really show the underclassmen what it is like to lead the program,” Pope John senior Alissa Beggan said. “We just want to do the best we can.”

The Pope John Players will try to do so while performing a timeless classic in “A Christmas Carol,” which has had many different interpretations.

Based on the novella by Charles Dickens published in 1843, “A Christmas Carol” recounts the story of Ebenezer Scrooge, an elderly moneylender who is visited by the ghost of his former business partner Jacob Marley and the ghosts of Christmas Past, Present and Future. After their visits, Scrooge is transformed into a kinder, gentler man.

Unlike last year’s two productions, “A Christmas Carol” is a more dialogue-heavy play, making it a far tougher show to present because of all the lines that have to be memorized. However, the Pope John Players are looking forward to taking on this task.

“It’s a piece of art,” Gallo said. “People grow up with ‘A Christmas Carol” starring Jim Carrey, the version with Mr. Magoo, and all of these interpretations, which are all fantastic, but people forget that this is a work of Charles Dickens and a piece of literature adapted to a stage. I think we will do a fantastic job putting this show on display.”

“This is an interesting production compared to what we have done in the past,” said Karolchyk, who plays the role of Nephew Fred. “It is a more serious approach to the production. It’s going to be fun and enjoyable to watch.”

“It’s definitely a lot harder because there is no music to back you up,” said Beggan, who plays the role of Mrs. Smythe. “This is solely just acting, but everyone in our program is so talented and we are looking to put on a great show.”