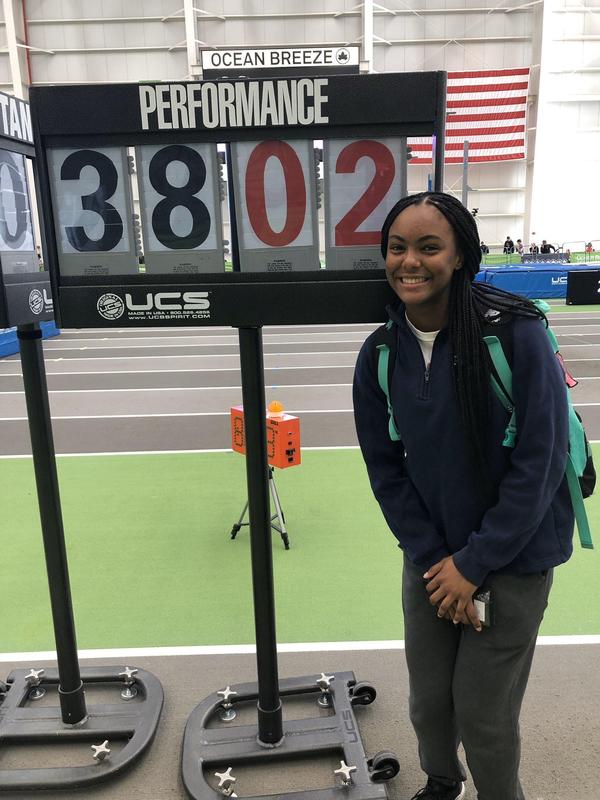 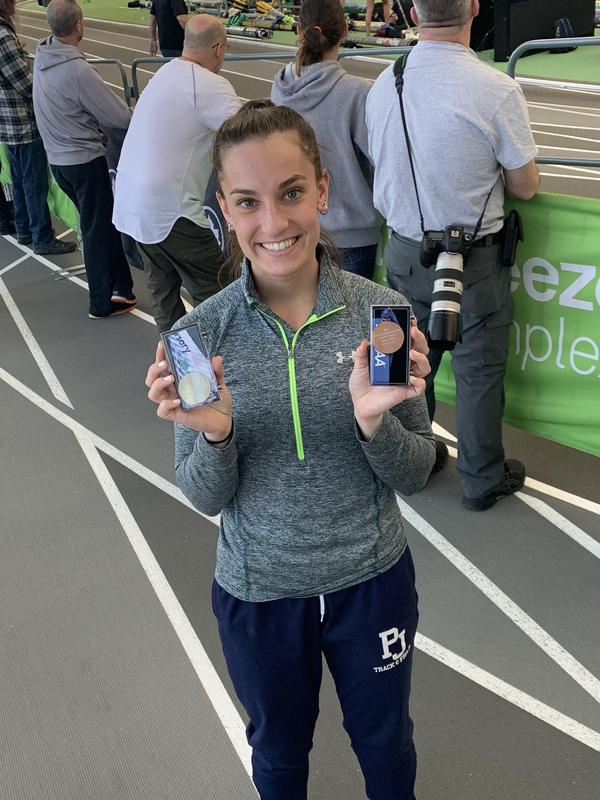 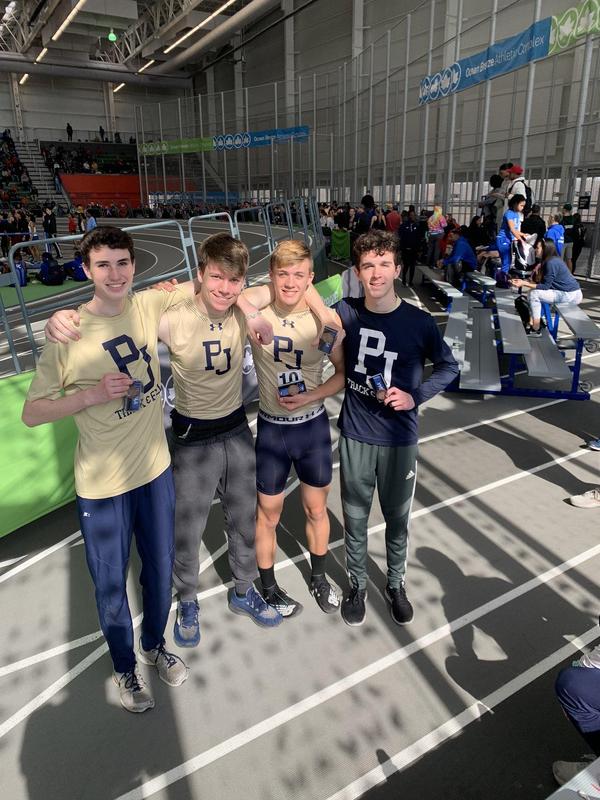 The Lions' senior became the school's first field athlete to win a MOC title and only the third Pope John girl ever to win a MOC crown.

Brown became the Lions’ first field athlete to win a MOC title and only the third Pope John girl ever to win a MOC crown after leaping a school-record 38 feet, 2 inches on her sixth and final jump of the day to beat out Winslow Townships Olivia Wright by 10 inches for the title. Brown joined former 800-meter MOC champions Lauren Bariexca (2007) and Emily Carrollo (2008) on the Lions’ short list of winners.

“It’s an honor to be the best in the state, especially doing it while representing Pope John,” Brown said. “I wasn’t having the best day, but I just had to get all of the negativity out of my head, trust my training, and put everything out there (on my last jump). It was a great way to end it.”

Along with Brown, senior Bridget McNally earned two MOC medals, placing second in the long jump and sixth in the 200-meter dash. McNally, a Dartmouth recruit, earned her silver medal in the long jump after jumping 18-2.75 and grabbed her sixth in the 200 in a time of 25.42 seconds. By accomplishing these feats, McNally became only the second Pope John girl ever to earn two MOC medals in individual events in the same meet, joining Carrollo, who also placed third in the 400 in 2008.

In addition, the Lions saw the 4x800 relay team of seniors Tim Connell, Frankie Setlock, Eric Libero, and Christian Reilly place seventh in the state. The Lions’ foursome earned its medal after crossing the finish line in 8:10.43. In doing so, Connell, Setlock, Lebero and Reilly joined the 2018 relay team of Robby Russo, Jimmy Zignorski, Trevor Potts, and Liam McHale as the only boys 4x800 relay squads to place at the MOC.